Gavin has had a passion for the building industry from a very young age. Following in his father’s footsteps, he chose to change his career path and pursue this passion by starting a building apprenticeship in his late
teens. In doing so, he could make the most of all the valuable traits he gained through his father growing up, such as quality workmanship, attention to detail, having an old school and hard worker mentality, and
good communication skills.

These traits helped Gavin win awards in just his 3rd year as an apprentice, such as placing third in the Apprentice of the Year competition for the Wellington region, and Top Achieving Student in a trade certificate programme with the New Zealand Institute of Building. These awards have fuelled Gavin’s drive ever since to become the best builder he can, and helped him contribute quality building work to this
exciting and growing industry.

Since becoming qualified, Gavin has continued to work on and perfected a wide range of building applications. Living in different parts of New Zealand and Auckland, he has covered and become competent in everything from 1900’s villa restorations, medium to high end new builds of all kinds, claddings, and everything in between, which can be very hard to find these days.

The depth and breadth of his building knowledge, project management, and communication skills means that no task is too big or too small, or out of our scope of work. He truly is a one stop shop when it comes to construction.

Aaron has also had a passion for the building industry since a young age; jumping into a building apprenticeship straight after high school. He became a very competent and a skilled labourer early in his adulthood, and has applied these skills all over the world.

After becoming a qualified builder and working in New Zealand for some time, Aaron decided he wanted to chase his desires to travel the world. He lived and worked as a builder in countries such as London, Saudi Arabia, Nauru, Fiji, and more. This has also helped him become competent in covering a wide range of building applications that has transferred into his building career today.

Being the likeable, friendly, and easy-going person that Aaron is, clients, subcontractors, and teammates warm to him very quickly. He is great to have on site, and is a valuable member of the team.

Taine is a young carpentry apprentice eager to follow in his father and brother’s footsteps. He brings with him a strong foundation of experience in labouring in various areas of the trade industry, such as construction, drain laying, and landscaping; which has taught him valuable lessons in adaptability and how to quickly learn what is expected of him.

Motivated and keen to learn, Taine has a natural passion for the industry that comes with growing up in a family with a strong history of carpentry. Inheriting the old school work ethic of his father, and his brother’s
knowledge of the building industry, Taine is a valuable asset to GBARR Construction, and has the foundations that any great chippy should have. 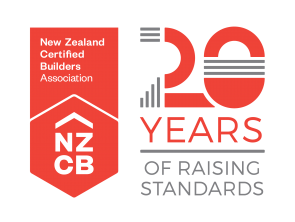 Developed by The Web Guys